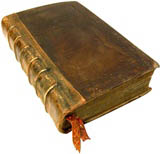 Not all corporations are the same. In this article, we will explain the Corporation Type and Comparison of tax treatments between the normal C corporation with its cousin the S- corporation .We will outline the qualifications and characteristics of each.  We will also discuss the differences between the two corporate forms in terms of corporate income tax.

When a C-corporation earns money, it first has to pay income tax on its net income before it can make payments to its shareholders. After that, the shareholders are taxed again on their personal income from the corporation. While this double taxation creates an unfortunate tax situation for investors, the protection offered by the corporate form usually outweighs the tax burden. There is an additional option for tax treatment for a corporation, however, which does not suffer from the same excessive taxes.

A company may qualify for treatment as an S-corporation if  it meets the following criteria: