Since bonus depreciation generally won't be available for 2013 purchases, consider purchasing new fixed assets (with a loan if necessary) that you'll need next year if you' ll be able to claim 50% bonus depreciation (or the Section 179 deduction discussed below) for those assets in 2012.

Because bonus depreciation isn't limited to taxable income, the deduction can contribute to or create a net operating loss. This might be an advantage for a C corporation that can carry back the loss and secure a tax refund. Similarly, a net operating loss generated by a flow-through entity, such as an S corporation or partnership, can provide a tax benefit to the owners individually. 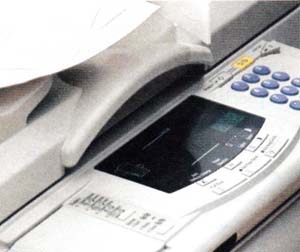 As an alternative to depreciating assets, your business may be able to elect under Section 179 of the tax code to currently deduct ("expense") the cost of qualifying new or used assets. For 2012, the Section 179 expensing limit is generally $139,000. The amount of the available expensing election is reduced dollar for dollar as annual asset purchases rise from $560,000 to $699,000. For 2013, expensing is (image) limited to $25,000 of purchases, and
the phaseout begins once 2013 asset acquisitions exceed $200,000.

You can't expense more than the amount of your taxable income from active trades or businesses. Real property doesn't qualify for the expensing election. And any part of an asset's cost that is expensed can't also be depreciated.

Some ways to best take advantage of expensing:

Your business may elect out of claiming 50% bonus depreciation for all qualifying assets placed in service during 2012 or for certain asset classes and instead claim regular depreciation under the Modified Accelerated Cost
Recovery System (MACRS). Section 179 treatment is also elective.

Why might you want to elect out? This choice could be advantageous in some situations. For example, it might be to your benefit if you want to preserve depreciation deductions for future years when you expect your business income to be taxed at a significantly higher rate. (Be sure to do a present value analysis first.)

Business taxpayers that are involved in domestic manufacturing, construction, engineering or architectural services related to construction projects, or other eligible production activities

These asset classes are used when computing depreciation under the Modified Accelerated Cost
Recovery System (MACRS)_ The lists of proporty Included In each class aren 't ail-inclUSive.